Yesterday’s project was removing all the individual boards for full capacitor inspection. The service manual shows all the boards in this map, and to make it make sense, they have swung out the boards shown on the right as they are all connected together on a rail that unclips from the back. 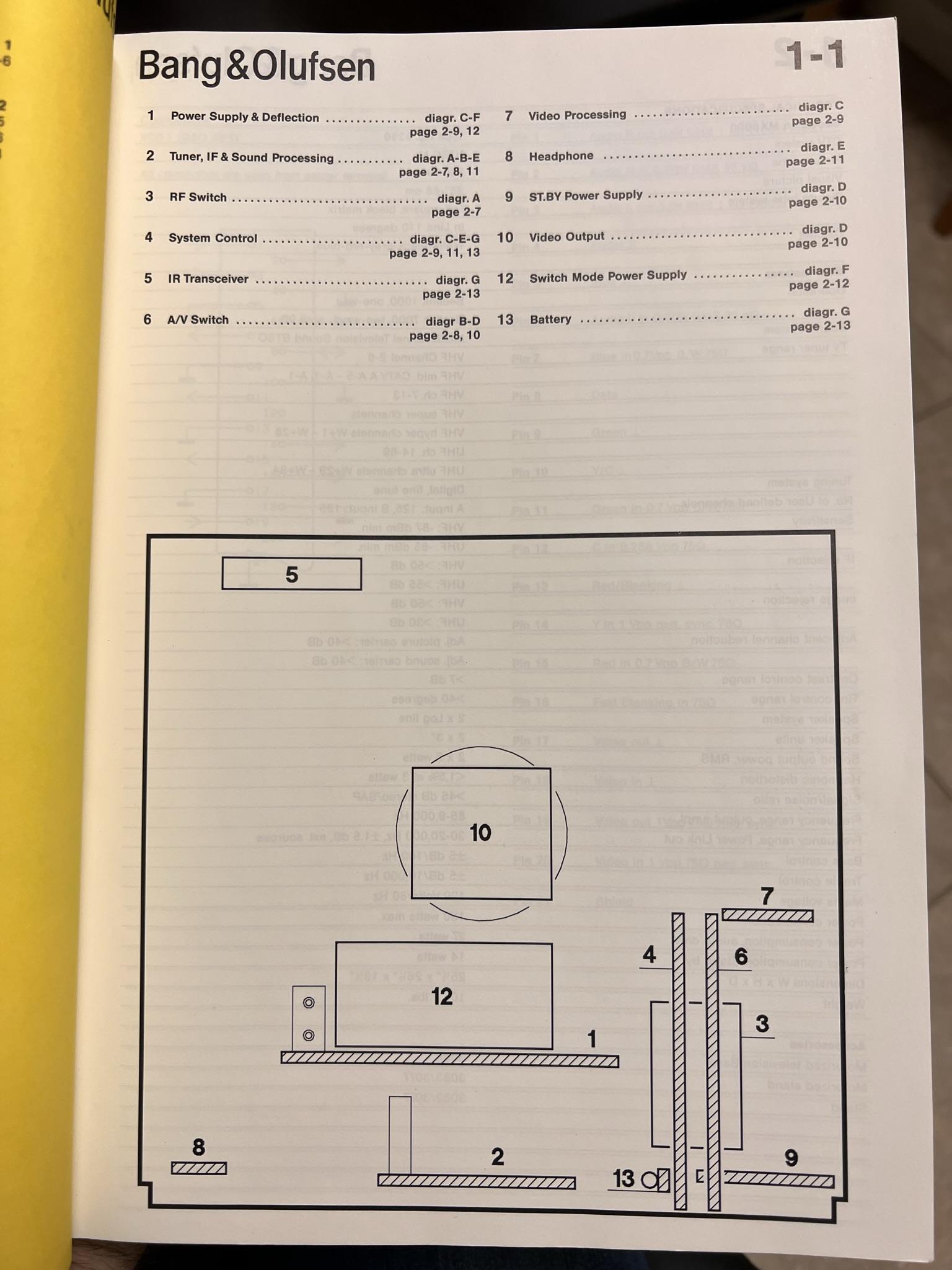 The only tricky part in removing the boards was that PCB 2 has an RF cable soldered to its connection, so you just need to heat it gently and pull it off with some needle nose pliers. The rest are just connected by an incredible hydra of wiring, but thankfully, each connector is labeled with the port it connects to, so as long as you go in order, reassembly shouldn’t be too difficult. 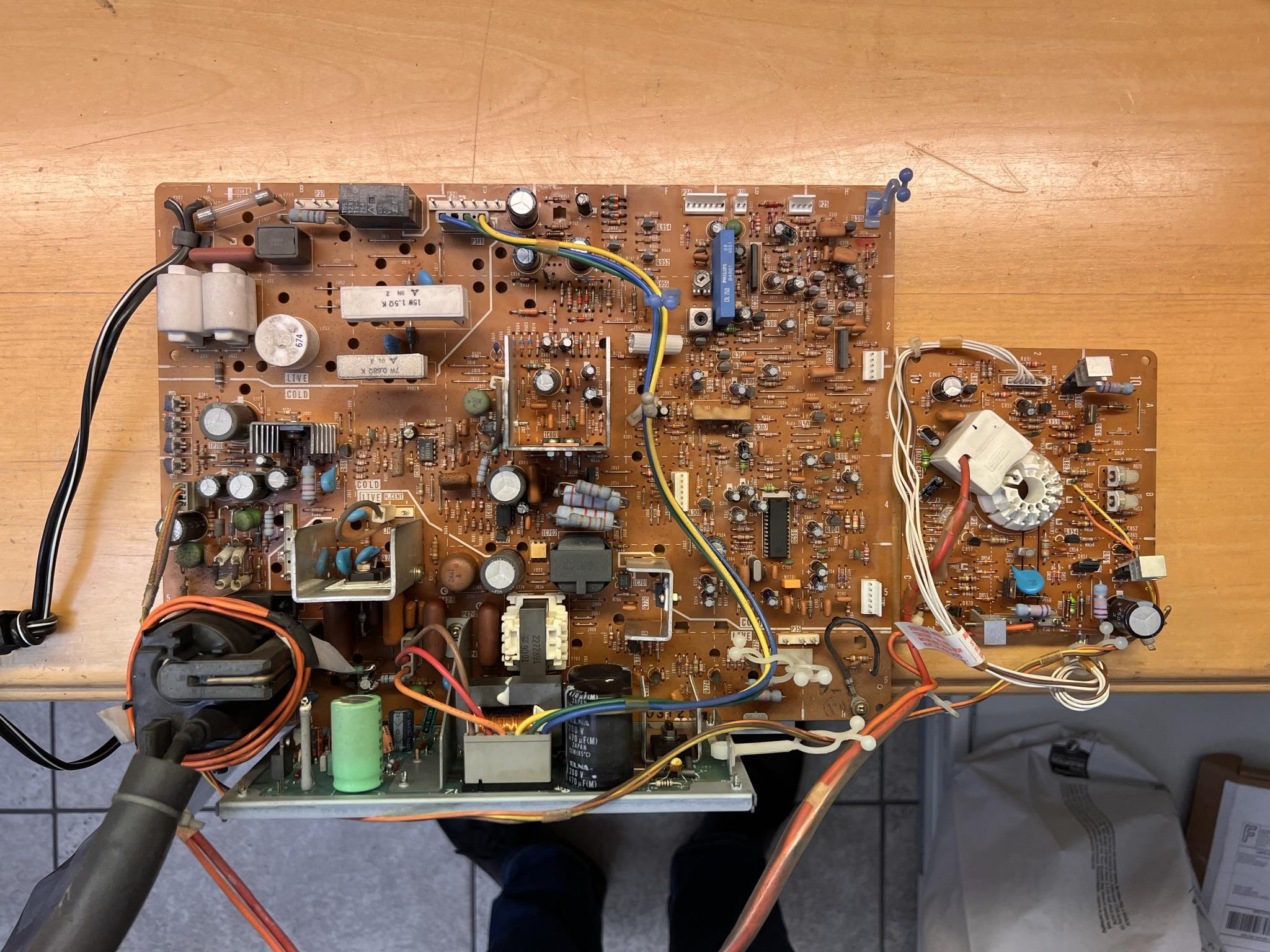 This pic actually shows PCB 1 – the main board, PCB 12 – Switch mode power supply, and PCB 10 – Video Output, as they are all interconnected. When I removed the Anode cap, I got no spark at all from a grounded screwdriver, so it’s likely that we aren’t getting power to the flyback at all. The main fuse is intact and shows continuity, and no obviously bad caps present themselves, so we may have a dead transistor or maybe even the flyback. The caps will all get replaced regardless, and then further testing can progress.

PCB 2 – Tuner, IF and Sound Processing 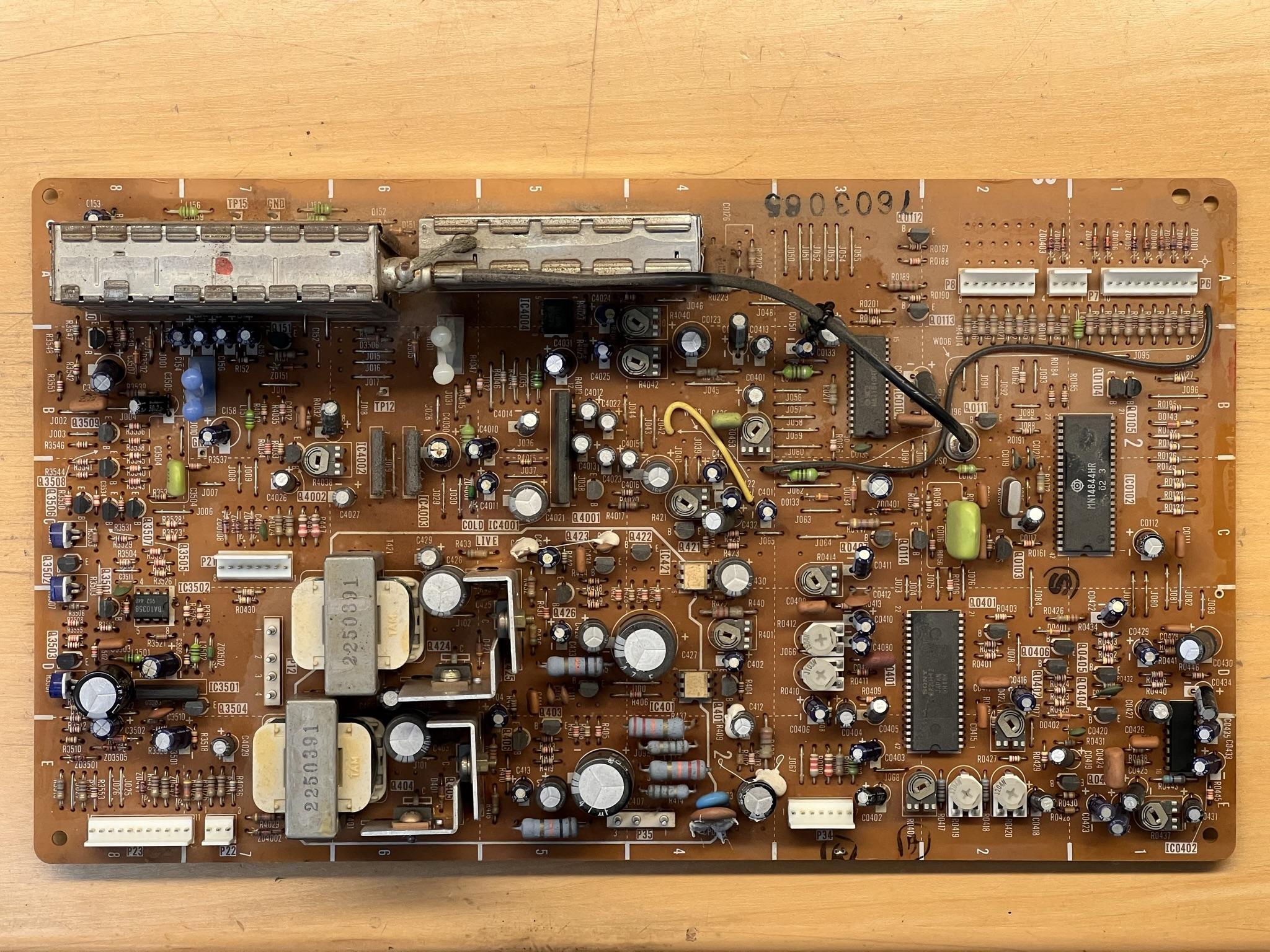 Here’s where I find the first obviously bad cap. C4030, in the middle above the two transformers has a rusty top. 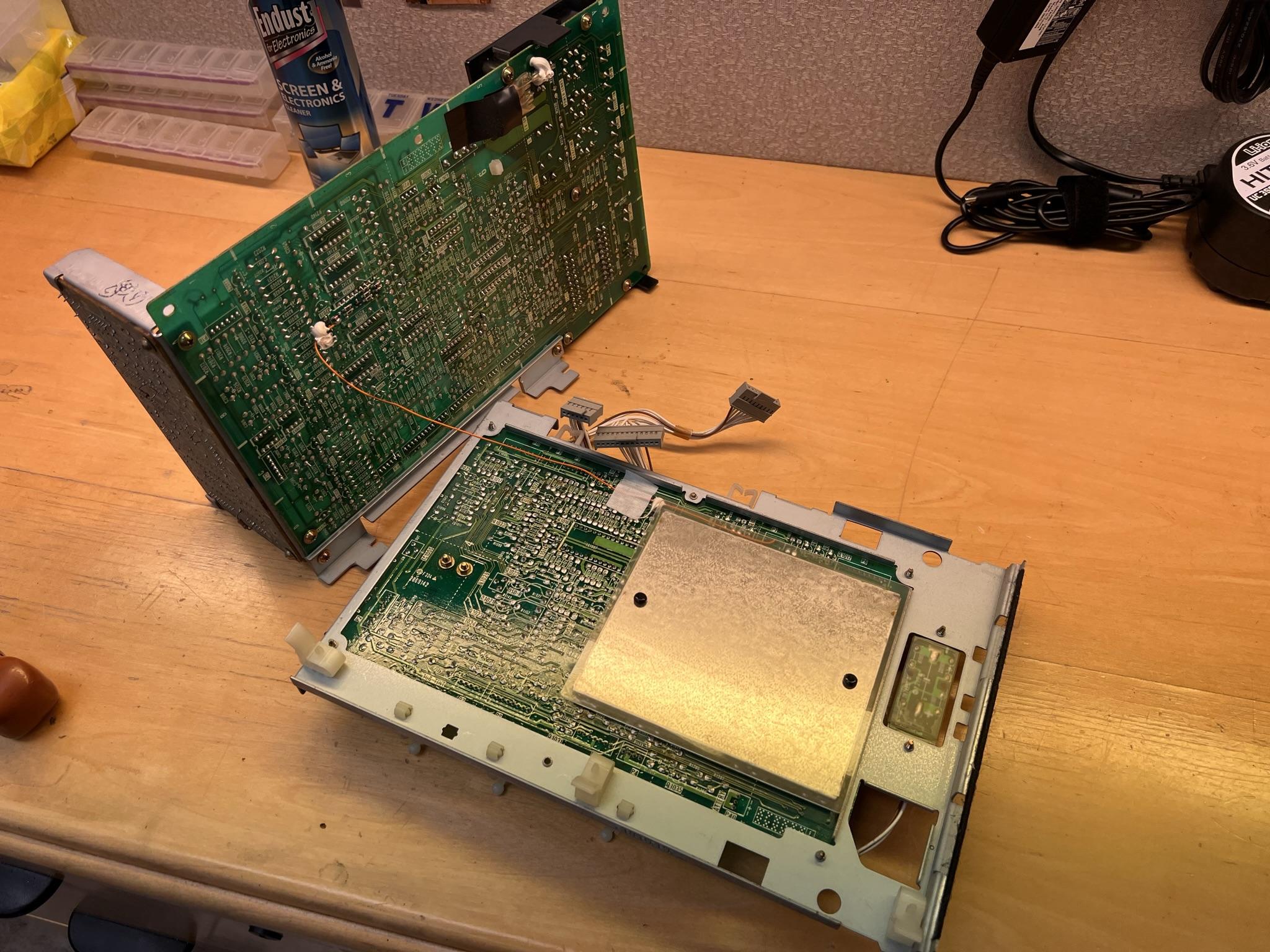 PCB 4, 6 and 7 are all screwed and clipped together. There is an orange wire that goes between them that has to be desoldered. 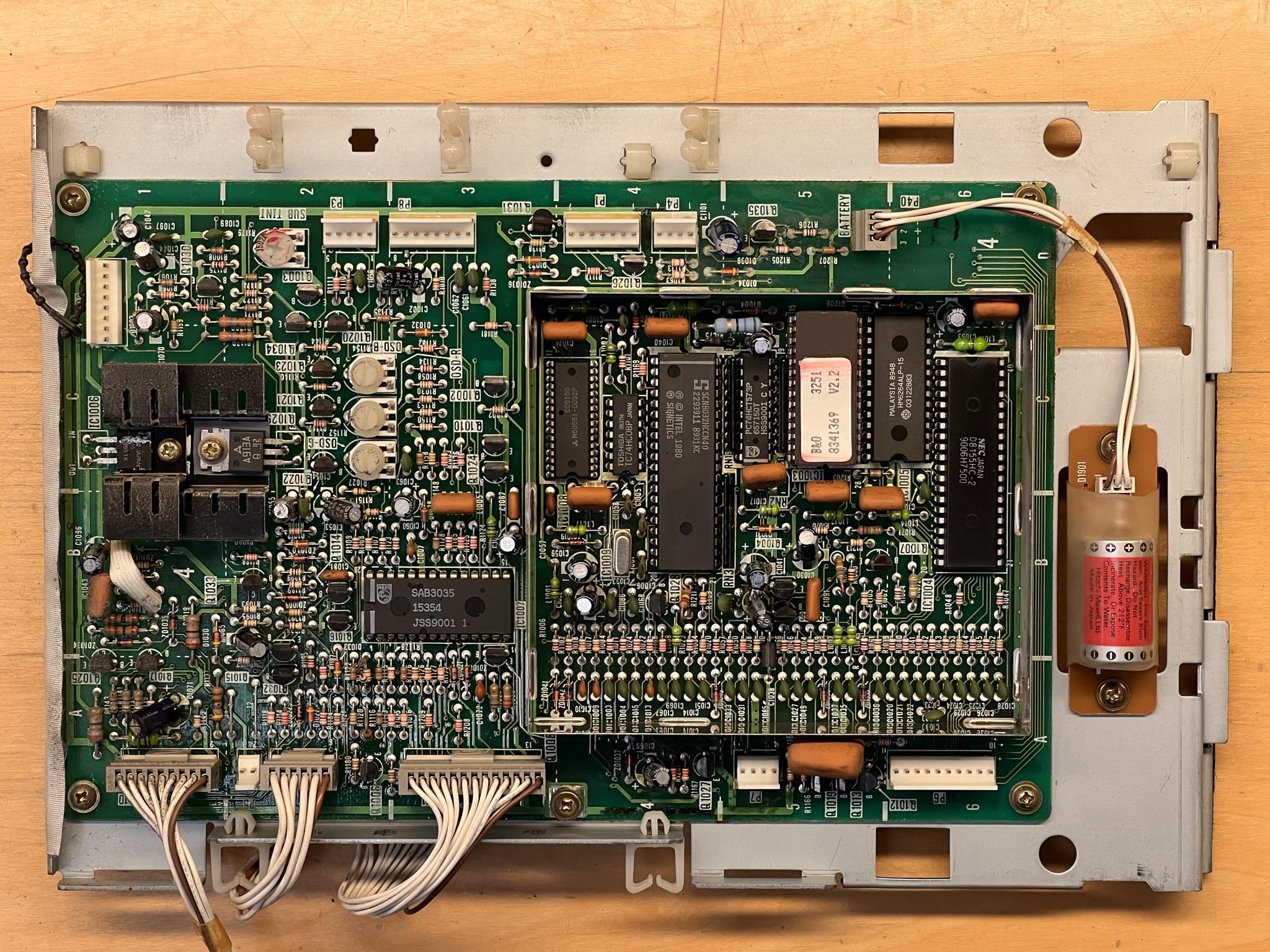 System control contains the CPU, BIOS and the rest of the chipset, all connected to a 3.6V battery that miraculously is not dead and leaky, but also is still running at 3.3V! Quite a few bad caps in here, especially in the little processor village. On the opposite side of this board is a steel cover that has been soldered, so that will need to be desoldered to reach bottom of the board for the cap replacement. 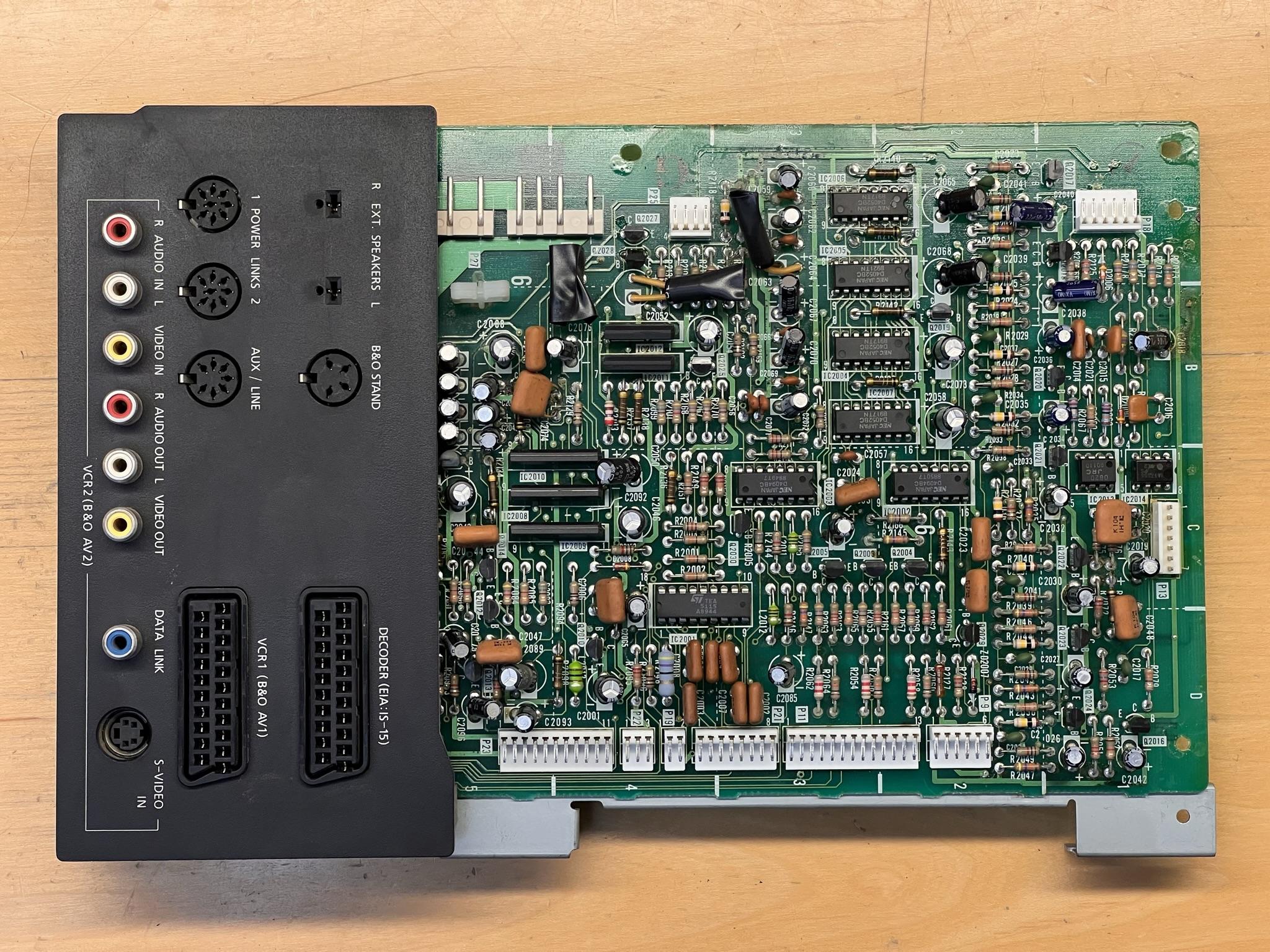 The only thing to address on this one will be to make sure the discoloration at the top is not trace corrosion. If it is, some bodge wire will need to be run after the caps are replaced. 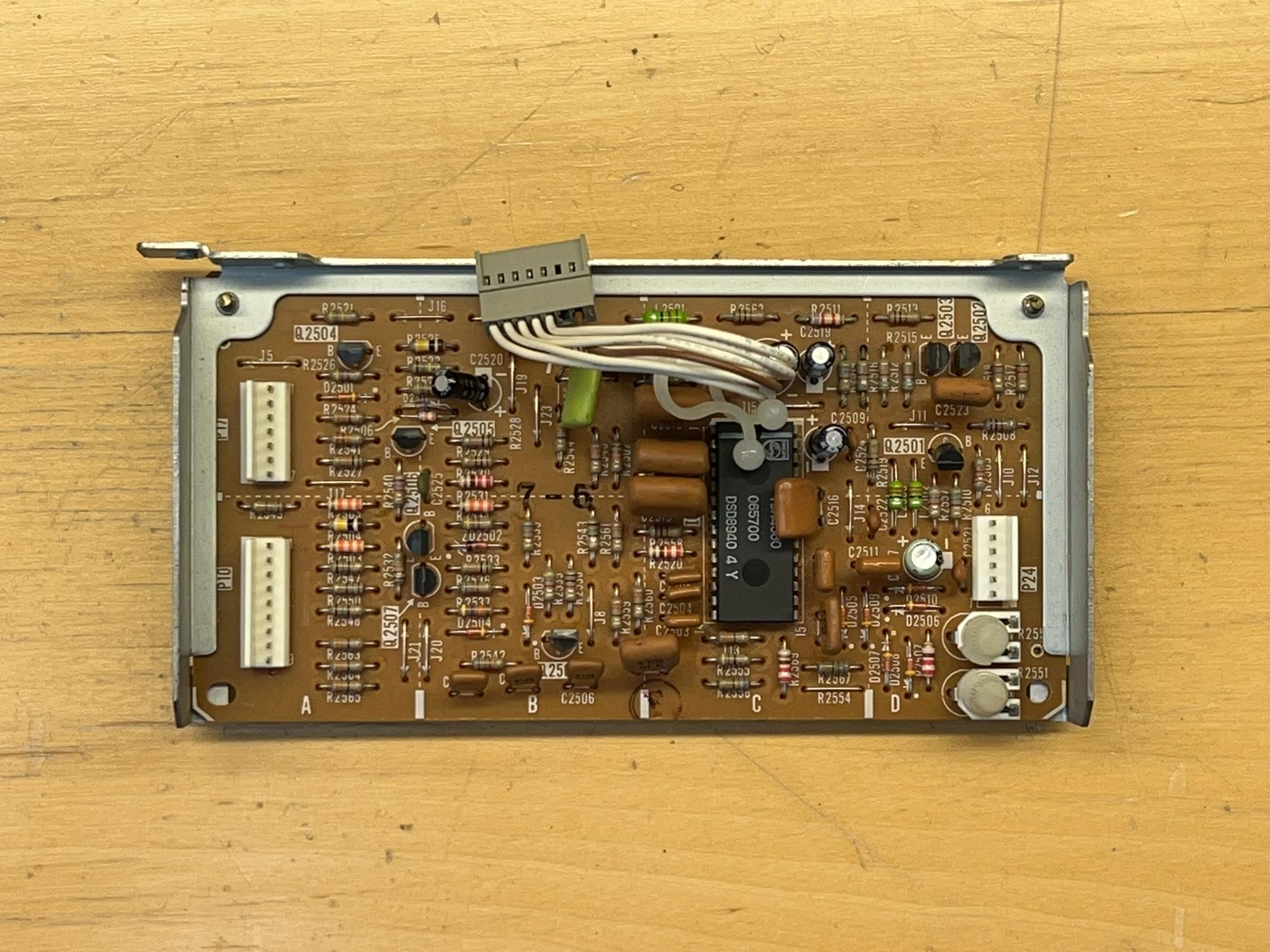 This little guy attaches to the top of PCB 4 & 6, and only has a few caps. 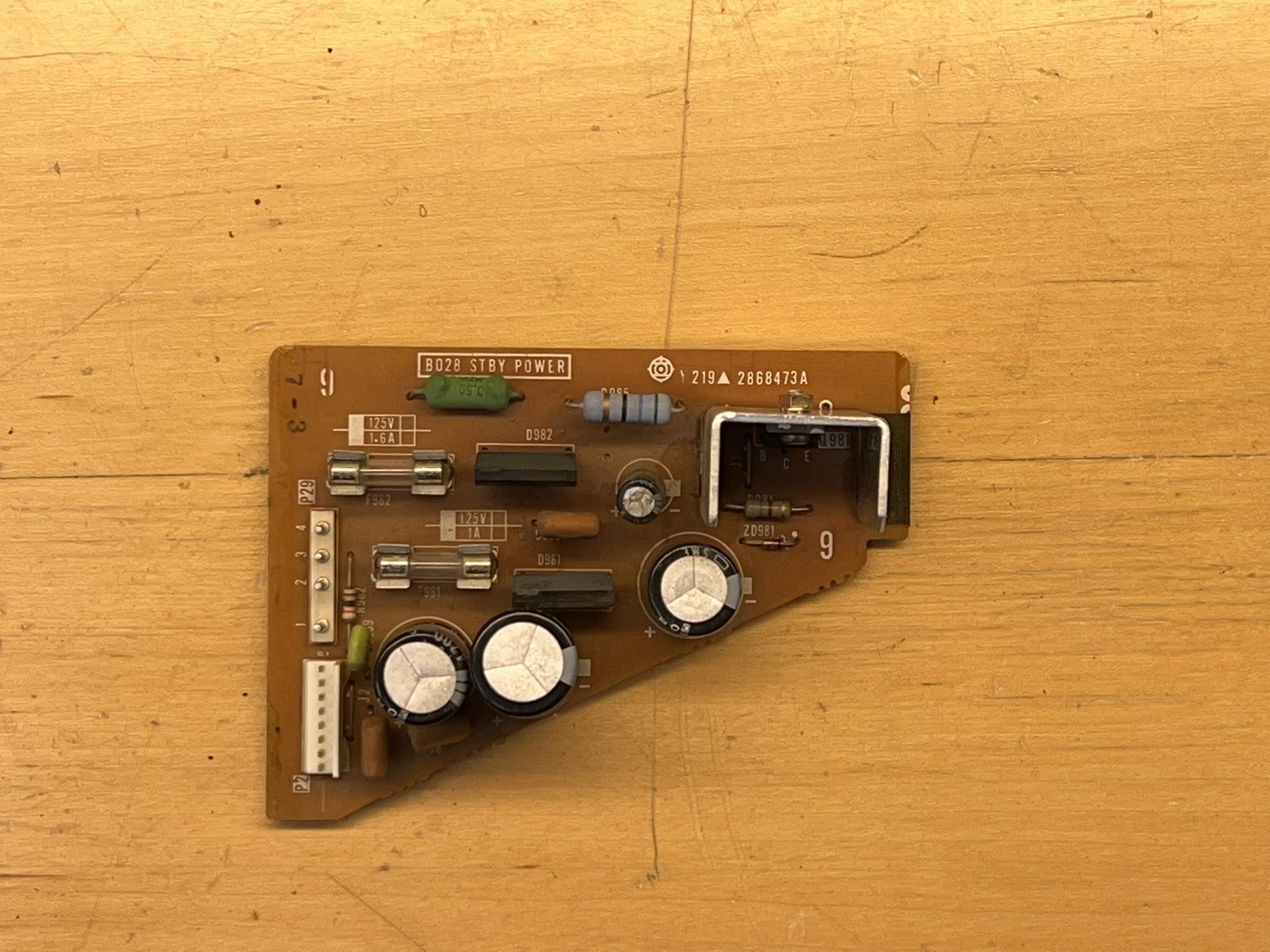 Because the TV turns on into standby mode, it’s assumed that this guy is fine. The fuses check out, and the transistor passes diags as well. 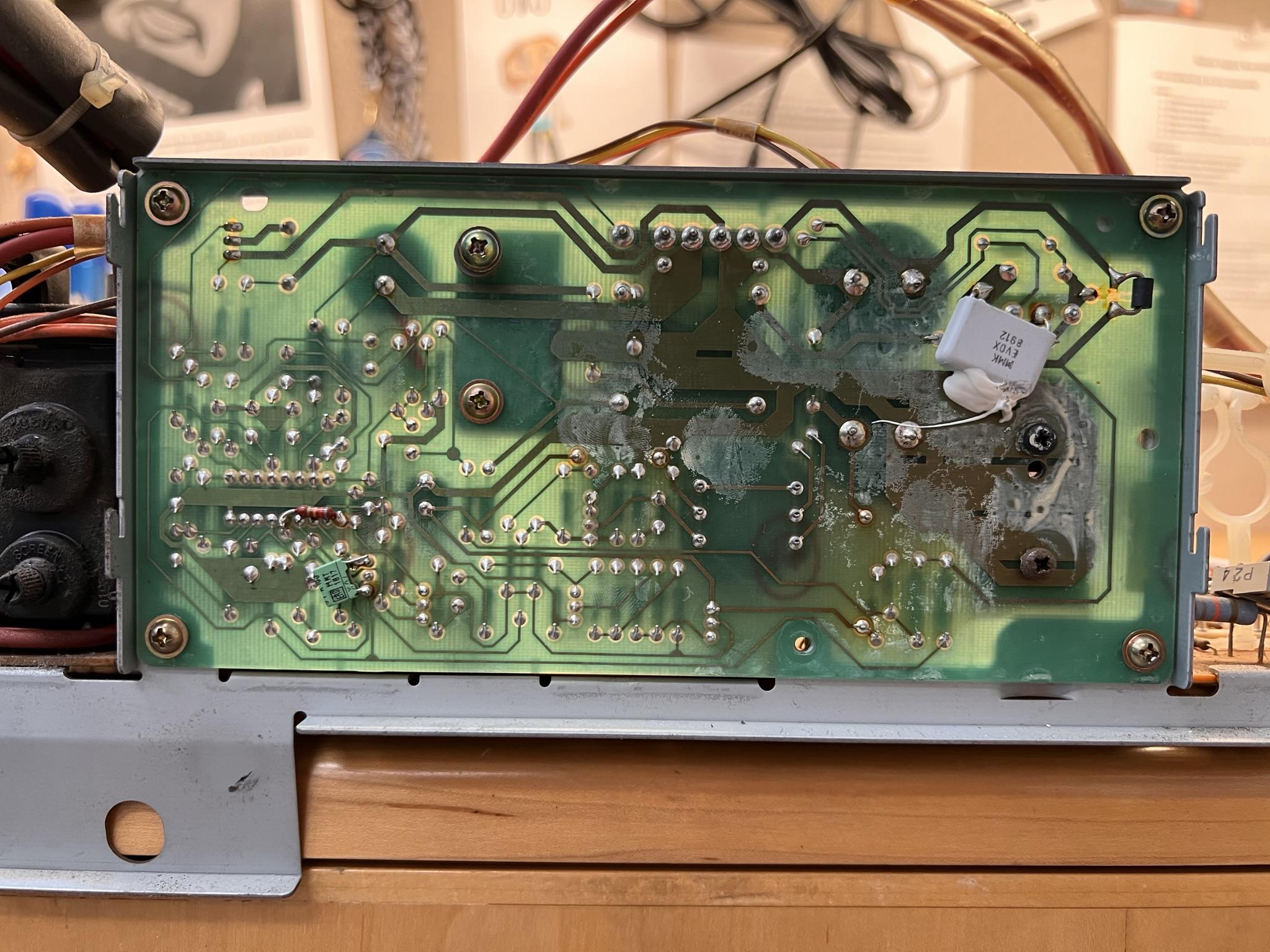 This is the back of the PCB, attached to PCB 1.

A few PCB pics were omitted, like the power and step button board, since there’s really nothing to it, but it was tested for continuity and confirmed working. I don’t have a pic of PCB 5 – IR Receiver, because I forgot it at home. Visually, it looks fine, and just has 3 caps.

The next step is to make a capacitor map based on the pics here, put an order in to mouser, and see where we’re at after that.
Coming soon will be scans of the American Service Manual and the regular manual, unless you guys have that stuff already.

Also, if anyone has any advice or sees something I don’t see, by all means, please let me know. I’ve repaired a few arcade game PCBs and some old consoles, but there’s a lot here that I’m learning for the first time, so any tips would be appreciated.