1) The servicemanual for the Beolab 3500 with powerlink connector is from serial number 19343452. Are your speakers above or belov this serial number?

2) In the specifications sections in the beginning for the service manuals:

– For the LCS9000 the MCL conenctor is shown and all pins assigned except pin 2 (pink) which is DC supply 7.5-8.5 Volts. This corresponds well with the fact that it has its own power supply. Also all pins are shown in the right places in this drawing.

– For the Beolab 3500 there is just a text string stating Beolink Wireless 1 (W1) 8 pin DIN connector and no drawing showing the pinout. I guess it’s B&O’s way of saying this conenctor is only intended for this purpose.

– What strikes me is that Keith wrote that the module with the MCL socket was not redesigned, but as noted before pin 2 was not connected in the MCL, and Pin 2 is ground on a powerlink connector. This could bed the reason for the statement about a fully wired Powerlink cable needed as this also has a ground on pin 7 whis is Data ground/shield on both MCL and Powerlink.

3) Looking at the wirering diagrams in the servicemanuals the external conenctors are not shown, but the conenctors between the different print boards are. Especially the conenction between the Plug PCB (the one with the ML and MCL/PL connector) and what is called the Cross field board:

– For the LCS 9000 the MCL and ML connections are shown, and on wire shown as not conencted (Pin 3 on the Plug PCB).

-For the BL3500 PL signals are shown instead of MCL, but more interesting this PIN 3 on the Plug PCB is now called SP ON. Guess that means speaker on and that is should be possible to turn it on with an external signal. 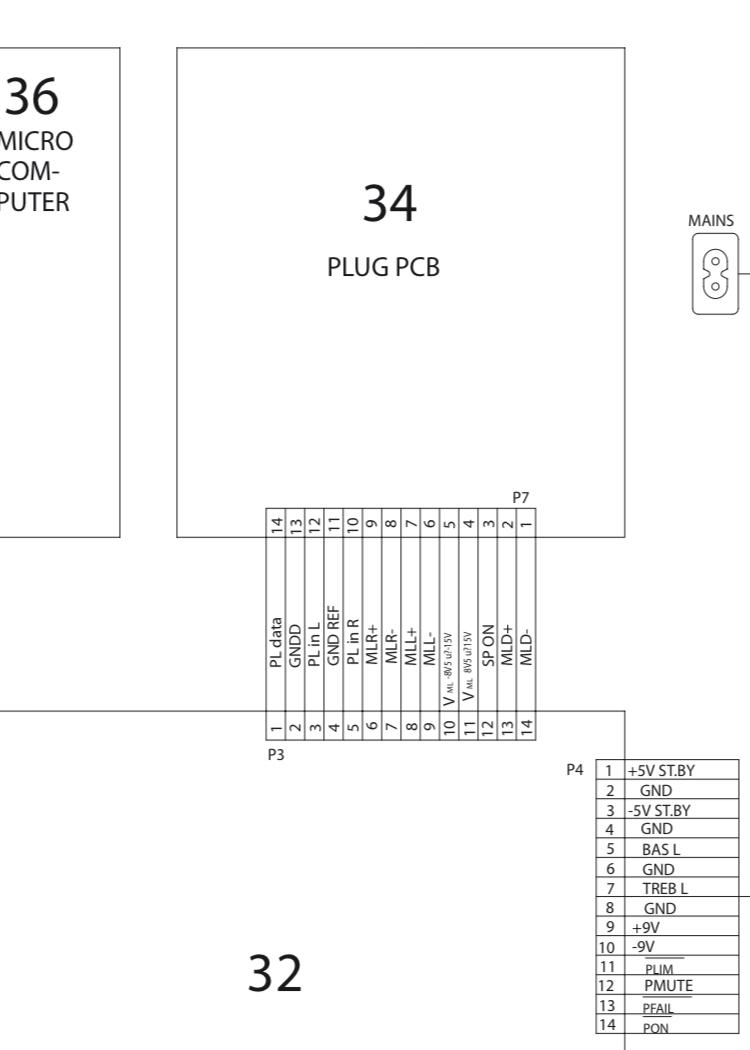 4) in the Service manual for the LCS 9000 the same block diagram as Keith show with the weird looking DIN connector, but also a full diagram of that PCB showing it the same way. Again it might be a typo as it onlys seems like Pin 2 (which is not used) is placed in the opposite end of the conenctor 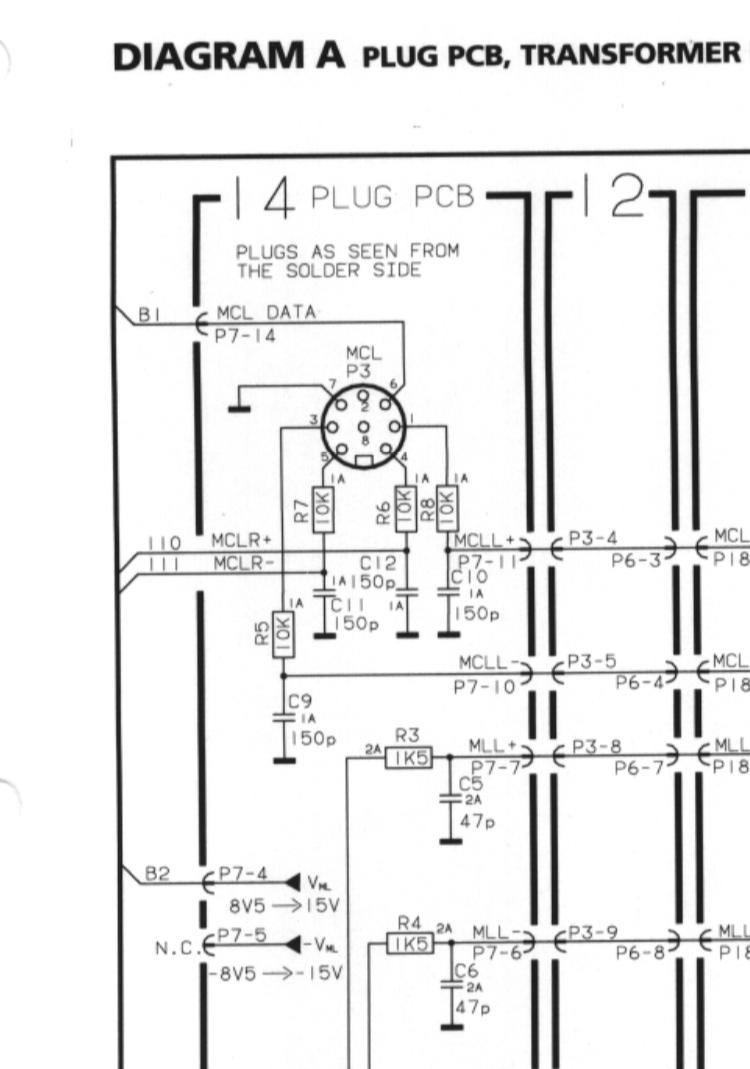