Just to end this thread, that I started, here is how my solution became as of now.
Maybe someone with similar questions can benefit from this.

First a big thank you too all, who participated…

Since I am not into any kind of automation, the money for a BLI or a BLGW and the time and efford to set this up, seemed to much for me – I went for the easier solution.
As stated earlier I was only interested in a solution for having control of multiple lamps and having different light scenes in my rooms.
The ditching of the old LC1/2 with the oldschool lamps was overdue.
Not just because of energy saving, but also the fact that slowly the Beo4’s  have become Beoremote Ones (ir -> bt).
When you get a Theatre setup in the main room, Beo4’s are finally of no use anymore…..and furthermore I did not want to keep these just for the sake of having the old LC-controls (yes, I know I am late to the party).

Every old bulb/lamp that previously was B&O LC-controlled now have become Hue lights…….set up in 4 rooms here.
Luckily a new Hue controller was launched not long ago – this has 4 programmable favourite buttons and a general dimmer function, which is all I need.

Ok, it certainly is not the solution, that I would have prefered – much nicer would be to be able to use the Light functions or maybe even the MyButtons on the BROne.
However it works and it works well!

Maybe some day the coming Matter integration of the Mozart products could allow for the use of the BROne/Light controls with the Hue setup?
The Hue Bridge seems to be Matter and Thread compatiple.
Could be a nice solution for someone like me, who, ‘only’ wants to be able to control the Lights and has no need for other automation stuff. 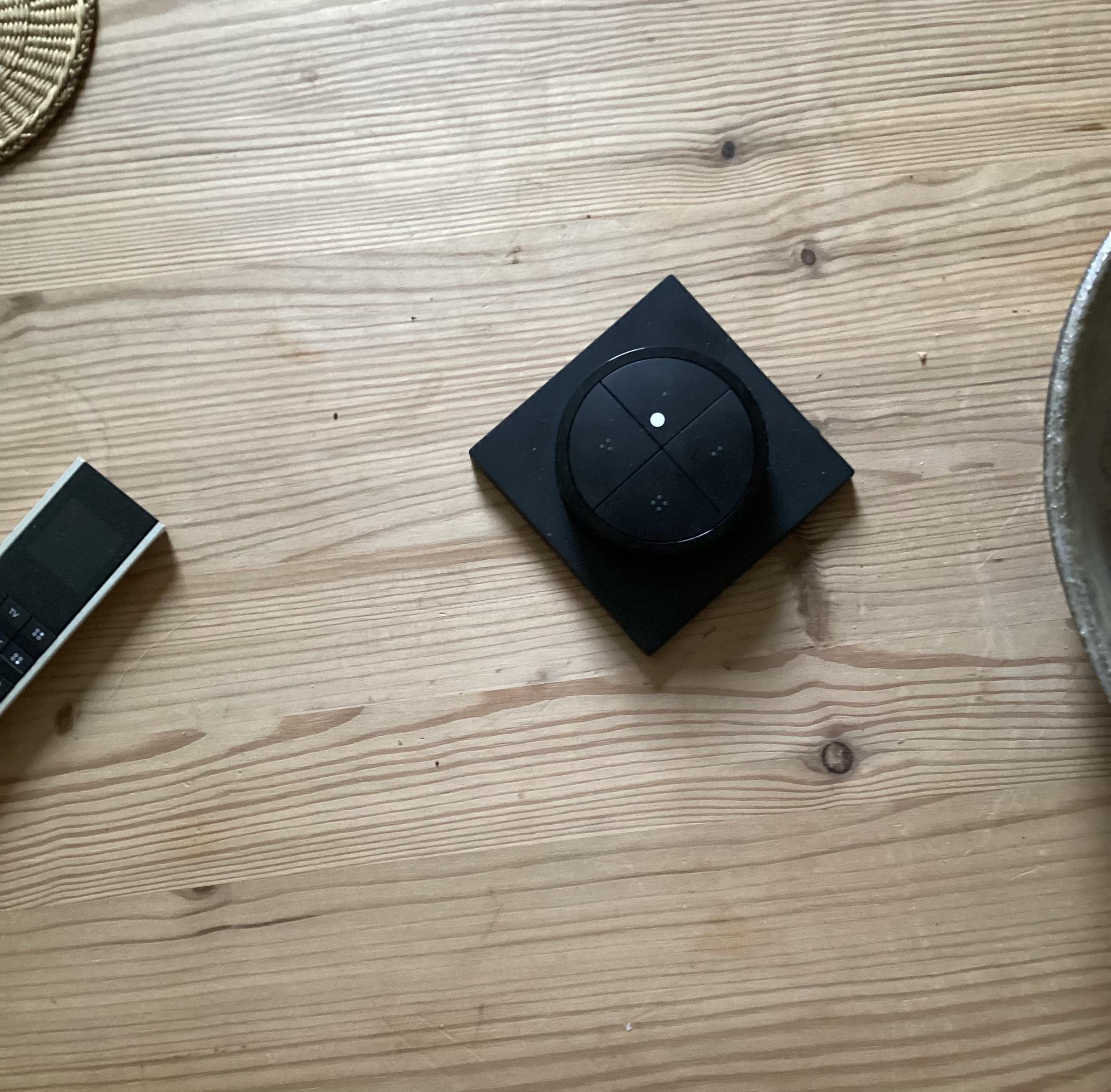